iPad Repairs for Dunbartonshire carried out in a COVID secure manner by Which? Trusted Traders.

SimplyFixIt are one of the leading independent iPad repair companies in the UK. We are based in Scotland, but don't worry if you can't make it to a SimplyFixIt repair centre, we can still fix your iPad. We fix hundreds of iPads for people all over the UK, including from Dunbartonshire.

We aim to have the iPad back with you within 48 hours of us receiving it. However, at SimplyFixIt, we believe that doing things right is better than doing things quickly, so there may be some cases where we need just a bit longer to get your iPad ready. Don't worry though, as soon as the iPad repair is completed, we'll be in touch to let you know, and then we can arrange express delivery back to Dunbartonshire.

We Fix MacBooks, iPads, iPhones and Windows laptops for people from all over the country, including near Dunbartonshire. Chances are that you live close to one of our customers already. Here is a map of the people1, who live near Dunbartonshire, that we have helped recently. They have posted us their device. We have fixed it, and returned it by overnight insured courier. 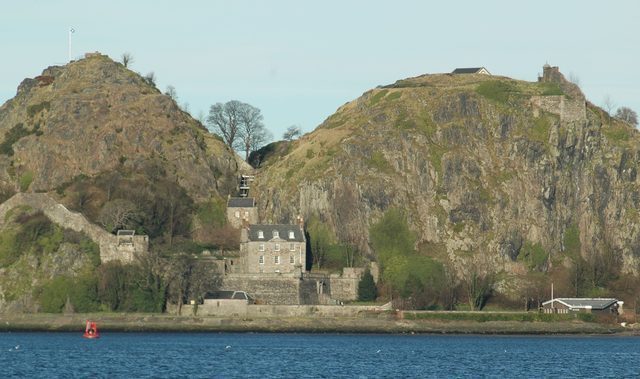 Dunbartonshire (Scottish Gaelic: Siorrachd Dhùn Bhreatainn) or the County of Dumbarton is a historic county, lieutenancy area and registration county in the west central Lowlands of Scotland lying to the north of the River Clyde. Dunbartonshire borders Perthshire to the north, Stirlingshire to the east, Lanarkshire and Renfrewshire to the south, and Argyllshire to the west. The boundaries with Lanarkshire and Stirlingshire are split in two owing to the existence of an exclave around Cumbernauld (see below).

Prior to 1975, the county was also used for local government with its own county council, its administrative centre being at the town of Dumbarton. Under the 1973 Local Government (Scotland) Act, the county council was abolished and administration was transferred to the newly formed Strathclyde council region. When Strathclyde was itself dissolved in 1996, the term "Dunbartonshire" resurfaced in local administration in the names of the new council areas of East Dunbartonshire and West Dunbartonshire. The two councils do not cover the entire area of the historic county, which also stretches into the Argyll and Bute and North Lanarkshire (which covers the county's large Cumbernauld exclave) council areas. The East Dunbartonshire council area also covers parts of the counties of Stirlingshire and Lanarkshire.

The area had previously been part of the historic district of Lennox, which was a duchy in the Peerage of Scotland related to the Duke of Lennox.