iPad Repairs for County Down carried out in a COVID secure manner by Which? Trusted Traders.

SimplyFixIt are one of the leading independent iPad repair companies in the UK. We are based in Scotland, but don't worry if you can't make it to a SimplyFixIt repair centre, we can still fix your iPad. We fix hundreds of iPads for people all over the UK, including from County Down.

We aim to have the iPad back with you within 48 hours of us receiving it. However, at SimplyFixIt, we believe that doing things right is better than doing things quickly, so there may be some cases where we need just a bit longer to get your iPad ready. Don't worry though, as soon as the iPad repair is completed, we'll be in touch to let you know, and then we can arrange express delivery back to County Down.

SimplyFixIt customers near County Down

We Fix MacBooks, iPads, iPhones and Windows laptops for people from all over the country, including near County Down. Chances are that you live close to one of our customers already. Here is a map of the people1, who live near County Down, that we have helped recently. They have posted us their device. We have fixed it, and returned it by overnight insured courier. 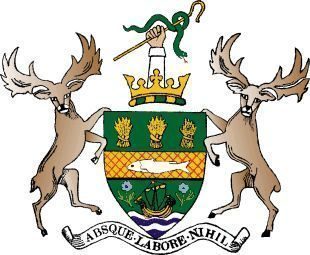 County Down (Irish: Contae an Dúin) is one of six counties that form Northern Ireland, in the northeast of the island of Ireland. It covers an area of 2,448 km2 (945 sq mi) and has a population of 531,665. It is also one of the thirty-two traditional counties of Ireland and is within the province of Ulster. It borders County Antrim to the north, the Irish Sea to the east, County Armagh to the west, and County Louth across Carlingford Lough to the southwest.

In the east of the county is Strangford Lough and the Ards Peninsula. The largest town is Bangor, on the northeast coast. Three other large towns and cities are on its border: Newry lies on the western border with County Armagh, while Lisburn and Belfast lie on the northern border with County Antrim. Down contains both the southernmost point of Northern Ireland (Cranfield Point) and the easternmost point of Ireland (Burr Point).

In March 2018, The Sunday Times published its list of Best Places to Live in Britain, including five in Northern Ireland. The list included three in County Down: Holywood, Newcastle, and Strangford.