If the screen on your MacBook has broken, don't despair. It may seem as if the obvious thing to do is to pay Apple to fix the screen (although they'd probably want you to buy a new Mac), but SimplyFixIt has Apple Certified Mac Technicians who can repair or replace the screen far cheaper than Apple can. We use the same screens as Apple so you don't need to sacrifice on quality either.

There are a number of different models of MacBook, each of which takes a different screen. We are able to fix any model of Apple MacBook that has been released since 2008, right up to the latest Retina MacBook Pro models.

Whether you dropped your MacBook, stepped on it or even rolled on top of it, we're here to help. SimplyFixIt have a wide range of Apple MacBook screens in stock to ensure that if your MacBook has a broken screen, we can get it back working again with the minimum of downtime. We use exactly the same screens as Apple do for our repairs. We offer cheaper prices than Apple because our business is fixing computers. Apple would probably prefer you to buy a new model if the screen is broken, so they price their repairs accordingly. The price difference can be huge. On some current models of MacBook Pro, SimplyFixIt was over £150 cheaper than Apple for the same repair. Plus we were able to return the MacBook to the customer faster than Apple said that they could.

The earlier white or black MacBooks had a screen that was not unlike a PC type laptop. We can have these MacBooks repaired very quickly.

One the MacBook Pro, Apple introduced a glass protective screen which sits in front of the actual screen. So if your MacBook Pro has what looks like smashed glass, but the graphics look fine underneath that, then it should be possible to replace the glass. This is a much cheaper repair with SimplyFixIt than Apple.

The MacBook Air has a design that even now looks fantastic. It is so compact. But in order to achieve that, Apple had to make some decisions about how it was built. One of these was that the screen, including the aluminium casing, is a single component. This design was later used in the Retina MacBook Pro models.

The Retina models of the MacBooks Pro are designed in the same way as the MacBook Air; The screen can not be removed from the casing. This means that if the screen breaks on the Retina models, the entire top "lid" of the MacBook needs to be replaced. The good news is that, at the time of writing, we are able to do this repair for over £150 cheaper than Apple. Same parts — Simply Cheaper. 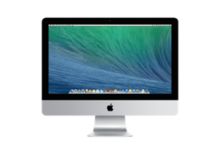 It's not just MacBooks that have a screen. iMacs do too. If the screen has broken on your iMac, we can fix that too. Please contact us for more details. If you have the serial number of your iMac to hand it will help us to determine what model you have and what screen would be needed.

What model MacBook have I got?

If you are not sure what model MacBook you have, don't worry. Either pop into one of our SimplyFixIt Repair Centres where a technician will check for you and give you the latest prices, or contact us with your serial number and a brief description of what the screen looks like. For example, is the screen physically broken, or is it a case that there are no images on the screen. You can get the serial number from the bottom of the chassis, or by clicking on the Apple () Menu then About This Mac. 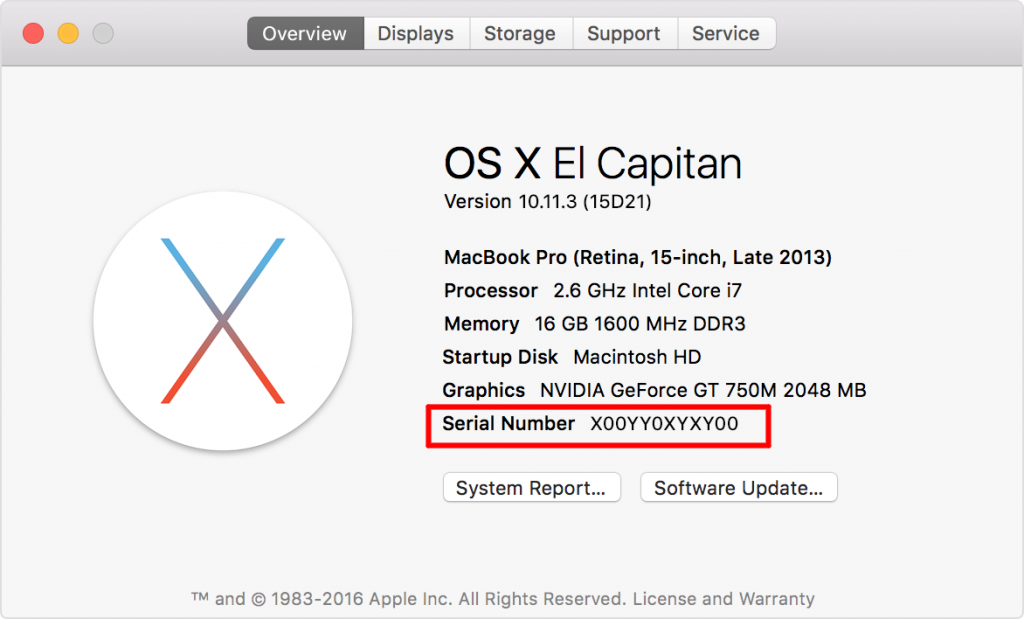