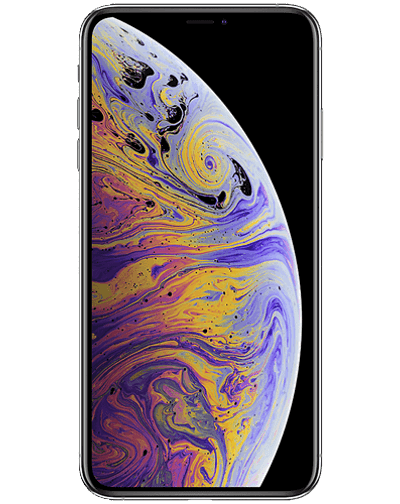 If you have an iPhone XS with a screen that is cracked, has a distorted image, no image, or is otherwise broken, then SimplyFixIt can help. If your iPhone has a battery issue, e.g. it's not charging properly, or maybe the battery drains too quickly or your iPhone XS shuts down when it reaches 30% battery? We can fix that too. It doesn't matter if your iPhone XS is Gold, Silver or Space Grey, we can fix it for you. We know that your iPhone XS is important to you, so most repairs are carried out within an hour whenever possible.

SimplyFixIt uses Apple Certified Technicians to carry out repairs on Apple devices, including the iPhone XS. There isn't anyone else in Edinburgh or Glasgow who uses technicians who have been certified by Apple. We back that up with a 3-month or 12-month warranty on all iPhone XS repairs.

"My son smashed the screen on his iPhone 11 and after looking around I was not happy to pay the large Apple tax to get it fixed. After a quick Google search I came across this company offering the screen repair, new protector and a general clean for £***.

The delivery process was simple and I sent it via Royal Mail on the Friday morning. It arrived back looking as good as new by Wednesday, securely shipped via DHL!

A really great, efficient service and I would have absolutely no hesitation in recommending them or using them again if need be..."

How much does Apple charge to replace the screen on an iPhone XS?

Apple charge £282.44 to replace an iPhone XS screen in the UK, according to their website. An iPhone XS screen replacement at SimplyFixIt costs £109, so you can save £173.44 and be confident because you're using a Which? Trusted Trader.

Can you replace the battery in an iPhone XS?

The way that all batteries work, not just smartphone batteries, is that over time they lose their capacity. In most cases if you charge a battery fully 500 times, the difference in performance will be very noticeable. 500 charges on a smartphone is probably done in under 2 years, so if your iPhone XS is over 2 years old, you will see much better performance with a new battery. SimplyFixIt is cheaper than Apple for all iPhone battery replacements. We also offer discounts if you are replacing the battery during a screen repair.

Can I get an OLED screen for my iPhone XS repair?

For some iPhones, Apple uses what's called an LCD screen. On some of the newer ones, they use an OLED screen. OLED screens are a little brighter and the colours & contrast ratio won't be quite the same. But, remember that, until a couple years ago, most iPhones had LCD displays. Apple was so happy with LCD displays that they continued to use them long after Samsung switched to OLED, and they still uses LCD screens in the iPhone 8, XR and even the iPhone 11 model. We have sourced the best quality LCD screens for each iPhone, including the iPhone XS. For most people these screens are visibly indistinguishable from the OLED and they represent a big saving on the cost. The OLED screen can be a little brighter though so if you would prefer an OLED screen then we can certainly do that. It will cost £129 for a Standard repair, or £144 for a Deluxe repair.

Can you unlock an iPhone XS?

There are lots of shops offering to unlock iPhones. The truth is that they just take your money and use a 3rd party to do it. No shop can unlock an iPhone XS because you need a relationship with the mobile network and Apple to do it. All they are doing is acting like a middle-man. The best way to unlock an iPhone is to ask your mobile network to do it. If that's not possible, or if they won't unlock the iPhone for some reason, then DirectUnlocks are a good option.