iPad Repairs for Cumbria carried out in a COVID secure manner by Which? Trusted Traders.

SimplyFixIt are one of the leading independent iPad repair companies in the UK. We are based in Scotland, but don't worry if you can't make it to a SimplyFixIt repair centre, we can still fix your iPad. We fix hundreds of iPads for people all over the UK, including from Cumbria.

We aim to have the iPad back with you within 48 hours of us receiving it. However, at SimplyFixIt, we believe that doing things right is better than doing things quickly, so there may be some cases where we need just a bit longer to get your iPad ready. Don't worry though, as soon as the iPad repair is completed, we'll be in touch to let you know, and then we can arrange express delivery back to Cumbria.

We Fix MacBooks, iPads, iPhones and Windows laptops for people from all over the country, including near Cumbria. Chances are that you live close to one of our customers already. Here is a map of the people1, who live near Cumbria, that we have helped recently. They have posted us their device. We have fixed it, and returned it by overnight insured courier. 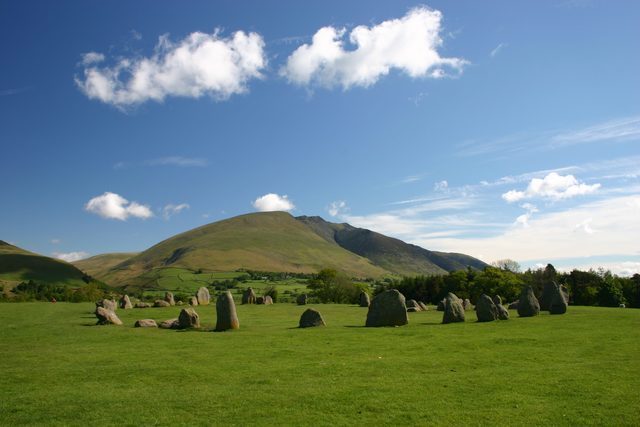 Cumbria ( KUM-bree-ə) is a ceremonial and non-metropolitan county in North West England. The county and Cumbria County Council, its local government, came into existence in 1974 after the passage of the Local Government Act 1972. Cumbria's county town is Carlisle, in the north of the county, and the only other major urban area is Barrow-in-Furness on the southwestern tip of the county.

The county of Cumbria consists of six districts (Allerdale, Barrow-in-Furness, Carlisle, Copeland, Eden, and South Lakeland) and in 2008 had a population of just under 500,000 people. Cumbria is one of the most sparsely populated counties in the United Kingdom, with 73.4 people per km2 (190/sq mi).

Cumbria is the third largest county in England by area, and is bounded to the north by the Scottish council areas of Dumfries and Galloway and Scottish Borders, to the west by the Irish Sea, to the south by Lancashire, to the southeast by North Yorkshire, and to the east by County Durham and Northumberland.

Cumbria is predominantly rural and contains the Lake District National Park, a UNESCO World Heritage Site considered one of England's finest areas of natural beauty, serving as inspiration for artists, writers, and musicians. A large area of the southeast of the county is within the Yorkshire Dales National Park while the east of the county fringes the North Pennines AONB. Much of Cumbria is mountainous, and it contains every peak in England over 3,000 feet (910 m) above sea level, with Scafell Pike at 3,209 feet (978 m) being the highest point of England. An upland, coastal, and rural area, Cumbria's history is characterised by invasions, migration, and settlement, as well as battles and skirmishes between the English and the Scots. Notable historic sites in Cumbria include Carlisle Castle, Furness Abbey, Hardknott Roman Fort, Brough Castle and Hadrian's Wall (also a World Heritage Site).