Solitaire was removed as a default program in Windows 8 and had to be downloaded from the Windows Store. If you’ve used the App Store on your iPhone or iPad, or the Google Play Store on an Android device, then the Windows Store is the same idea – a central place to find new apps for your computer.

Although it’s made a reappearance, it can be quite tricky to find if you’re browsing through your Apps – because it’s discretely named “Microsoft Solitaire Collection Preview”. You can also just search for Solitaire with Cortana and it will pop right up.

Solitaire remains the most played computer game of all time, and for good reason. Simple rules and straightforward gameplay make it easy to pick up for everyone.

Solitaire has been part of Windows for more than 25 years, and the Microsoft Solitaire Collection makes it the best experience to date with five different card games in one: 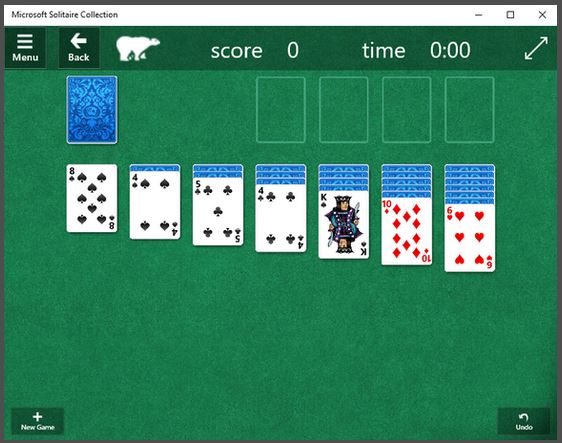