Apple has confirmed the suspicions of many iPhone owners by revealing it does deliberately slow down some models of the iPhone as they age.

Many customers have long suspected that Apple slows down older iPhones to encourage people to upgrade.

The company has now said it does slow down some models as they age, but only because the phones’ battery performance diminishes over time.

Apple said it wanted to "prolong the life" of customers' devices. 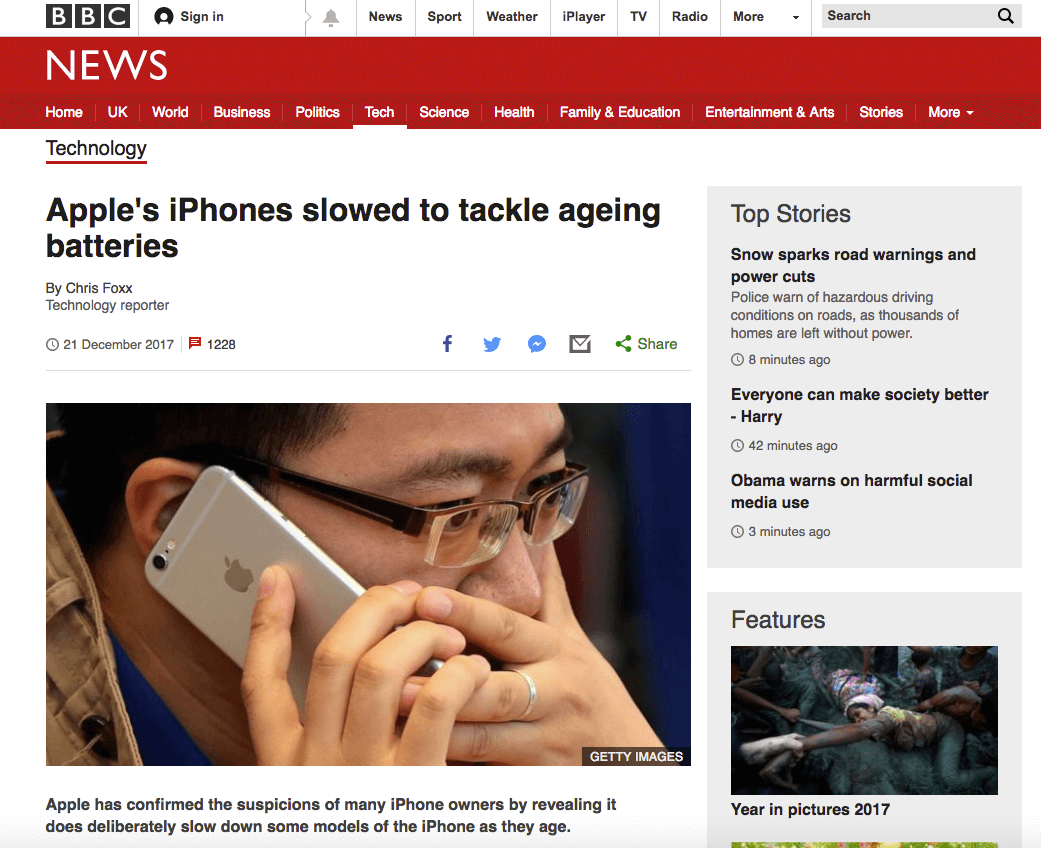 By now, most people will have seen the news that Apple are slowing down iPhones if the battery life is low. That's not the same as low-power mode, which comes on if your battery level reaches 20%. This is different. It permanently slows down the iPhone so that it is much slower than it should be.

We've written about iPhone batteries before and why they need to be replaced. But to summarise; iPhone batteries, and almost all other smart phones and laptops use a battery technology called Lithium Ion. When you charge a battery, lithium ions move through the battery. Each time they do this, they are not as efficient as the previous time. That means that you are not getting a 100% full battery each time. Each full charge is called a charging cycle.

In an iPhone the battery is designed for 500 – 1,000 cycles. In reality, anything over 500 is not good. You come across all kinds of issues, including iPhones turning off at 20% battery, or getting really hot, or just not lasting all day.

500 charging cycles probably feels like a really long time, but if you charge your iPhone each night, you will probably reach 500 cycles in around 18 months. So if you own an iPhone 6, 6s or even an iPhone 7, you are probably over that cycle count right now. You may have experienced some of the issues I talked about earlier. Has your iPhone ever turned off unexpectedly when the battery was low? (like 20-25%)

After running benchmarks on an iPhone 6, SimplyFixIt have shown that the slow-down happens a lot sooner than 500 cycles. An iPhone 6 which has just 140 charging cycles was slowed down by 28%. That means that the iPhone only runs at full speed for a matter of days, and not even the 18 months that most people expected. Read more at https://simplyfixit.co.uk/iphone-battery-slow-benchmarks

Why does Apple slow down iPhones?

The good news is that iPhones randomly turning off is less common now. It used to happen a lot with the iPhone 5s. Apple worked out that if a battery is over 500 cycles, they could slow down the iPhone to get more power from the battery. It prevents a lot of the issues. But you end up with a slower iPhone. And not just a little bit slower, benchmarks have shown that it can be less than half as fast as it was on day one.

I can understand why Apple has done this, but the fact that they didn't make a big deal about it – some would say hid it – makes it feel a little underhand. 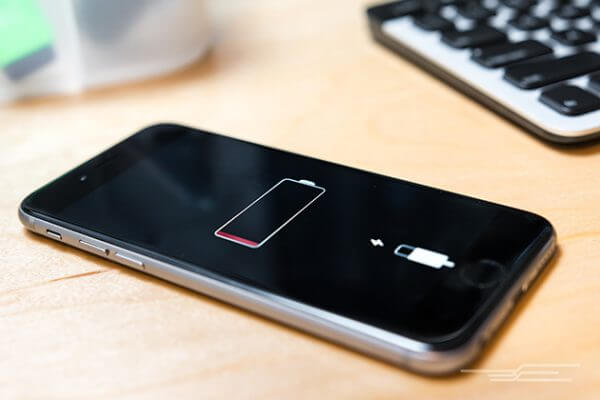 If you replace the battery in your iPhone it gets fast again. Plus you get more battery life. So it's a win-win situation for you.

How much does it cost?

At the time of writing (December 27, 2017) Apple charge £79 for an new iPhone battery. There is no discount for getting the battery replaced at the same time as a screen repair.

SimplyFixIt are able to do battery replacements for only £29 when it is done at the same time as a screen repair.

Do I need a new iPhone?

If you thought that your iPhone 6s was getting slow, and you were nearly ready to get a new iPhone, you can save hundreds of pounds by following these 3 steps.

During benchmarking tests we have found that the iPhone loses 28% of its performance after just 140 charging cycles. That's 4 months use for most people. Batterygate has just got worse for Apple.
[ Continue Reading... ]
Show details

Do I need a new iPhone or a new battery ?

High Quality iPhone Repairs carried out by Apple Certified Technicians. SimplyFixIt is recommended by Which? as a Trusted Trader.
[ Continue Reading... ]
Show details

If you are not able to visit one of the SimplyFixIt repair centres, you can now post your iPhone to us and get a quality repair done FAST.
[ Continue Reading... ]
Show details

Save over £300 on your iPhone contract by switching to a cheap iPhone SIM-only deal. You can run an iPhone from as little as £7.50 per month.
[ Continue Reading... ]
Show details

How to Unlock iPhone on UK Networks: O2, Vodafone, Three or EE (Orange or T Mobile)