Everybody knows that texting while driving is bad. But when that phone beeps to tell you that you have a text message, it can be a temptation to reply. Just a quick one – to say that you're on your way for example.

iOS 11 introduces Do Not Disturb While Driving, which can automatically detect when you’re driving and suppress most distracting calls and notifications. Your iPhone can detect your motion and figure out that you’re in a car, and lock you out—or you can specify that you only want the feature to enable when your device connects to your car’s Bluetooth system.

How to enable Do not disturb while driving 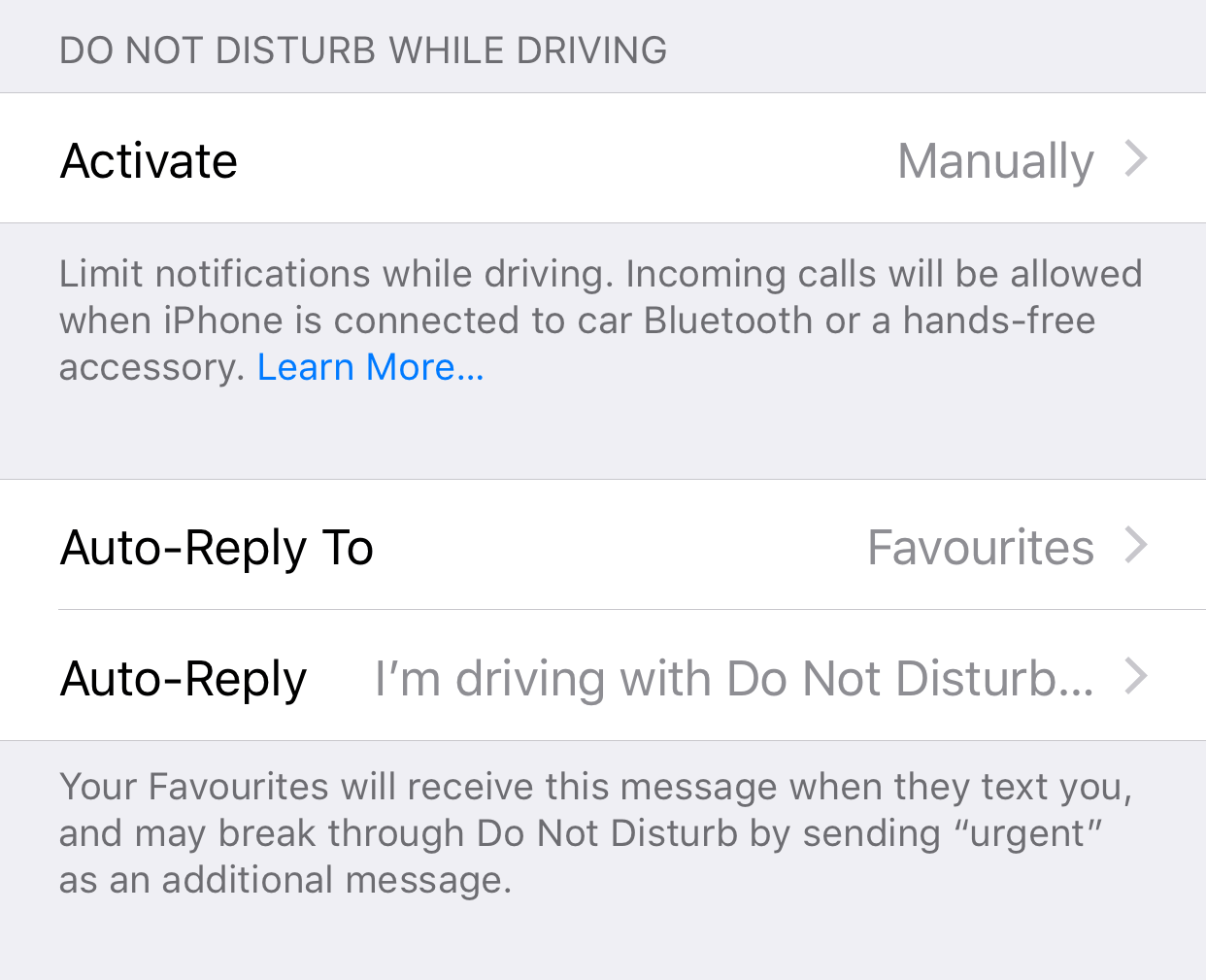 While this feature is enabled, the iPhone stops pushing most notifications. Emergency alerts, timers, and alarms can break through. You can optionally allow the phone to reply to incoming text messages with an explanation (and a way to break through if it’s really important that they can reach you).

Incoming calls are allowed to come through, but only when the iPhone is connected to a hands-free accessory like a headset or the car’s built-in audio system. Otherwise, the phone behaves like the normal Do Not Disturb. It will allow the contacts in your favourites to get through to you, or if somebody calls repeatedly within 3 minutes that is also classed as a potential emergency and is allowed through.

Finally, in this mode Siri is constrained to voice only—it won’t attempt to show you something on your phone’s screen, which is as it should be.

This is a great feature, which is going to prevent accidents that are caused by driver distraction. Of course, people who want to be distracted while driving will just leave this feature off, but I suspect a lot of us will just turn on this feature and let the phone decide what’s important enough to bother us while we’re driving. (The short answer is: hardly anything is that important.) Apple’s not controlling our behaviour here, but it’s giving you a nudge in the right direction—and adding in a few paths to get around the blocks in case of a real emergency.