If you already have an iPhone and you don’t want to upgrade to a new model, you can save around £200 a year by moving over to a SIM only deal. Normally when you sign up to a contract with a phone network, part of the money you pay goes towards the cost of the iPhone and part goes on the price of the calls, texts and data. When the contract is over, your iPhone is fully paid off. But if you don’t switch deals, the network will continue to charge you the full amount, so you’re effectively paying for the iPhone twice. A SIM only deal removes the cost of a handset and can literally save you hundreds of pounds. We have looked at the latest deals on SIM only contracts, including contracts that are just 1 month long. So effectively you can swap deals every month to get a lower price if one comes alone.

SIM Only Deals: What You Need To Know

Generally when your iPhone contract expires the network will normally offer you an ‘upgrade’ where you get a new iPhone. They want you to take out a new 24 month contract, maybe pay money up front if you want the latest iPhone and then pay about £40 a month. The majority of people choose this option and the phone networks love it.

But if you have an iPhone 5s or 5c, chances are that you’re still very happy with it and you don’t actually want a bigger iPhone 6 or 6 plus. So the other option you have is to switch over to a SIM Only deal. First get your iPhone unlocked. Then pick up a new SIM card that slots into your handset and charges you much lower rates. As the bill you pay no longer includes the price of a new iPhone, the bill will be much cheaper than normal. There are deals under £10 a month. Imagine running an iPhone for under £10 a month? If you currently pay £35 and you swap to a £10 deal, you will save £300 a year.

SIM only deals are also perfect for anyone moving from Pay As You Go because they can be as short as 1-month contracts. So you don’t need to feel like you’re tied into a 2 year package. They’re also great if you bought an unlocked iPhone direct from Apple or eBay or if you’ve been given a iphone from family or friends.

In this guide , we compare the UK’s best value SIM Only deals.

Switching network? You might need to unlock your iphone first.

If your iPhone was originally provided by your network provider (e.g. as part of a contract or on Pay As You Go), the iPhone will most likely be locked to that network. Before you’re able to use your iPhone on a different network, you will to unlock it. There is an iPhone unlock guide which shows you how to either get your network to do it or else shows you other options if your network won’t do it.

If you are not swapping networks, but just moving to a SIM only deal on the same network, you won’t need to unlock your iPhone. For example if you are on an EE contract but just want to be get an EE SIM only deal, you don’t need to unlock. But you will be still tied to EE and won’t be able to swap to any of the other deals that other networks offer.

You can keep the same phone number as before.

The old problem with switching networks was having to get a new number. THe networks did not want to make it easy at all. But that’s all a thing of the past. It is now so easy to keep your current number when moving to a SIM only deal. It doesn’t matter if you are staying with the same network or moving to a new one. To transfer your phone number over to another network, you’ll need to get a PAC Code from your current network. It normally takes around one day (Monday – Friday) to transfer your number between two networks.

Be sure to choose the right type of SIM card.

SIM cards now come in three different sizes: Standard SIM, Micro SIM and Nano SIM. Don’t worry, this doesn’t limit which deals you can go for, but you do need to make sure that when ordering your new SIM only deal, you choose the right size SIM card for your iPhone. 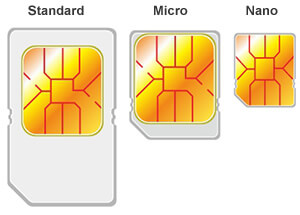 Please note: Compared to Standard SIM and Micro SIM, Nano SIMs are 0.09mm thinner. This means it isn’t possible to cut a larger SIM card down to a nano SIM size.

If you’ve already ordered a SIM card of the wrong size, don’t worry. It’s always possible to get a replacement SIM card later. It’s free on all networks except EE (including Orange and T-Mobile), where customers are charged £10.20. 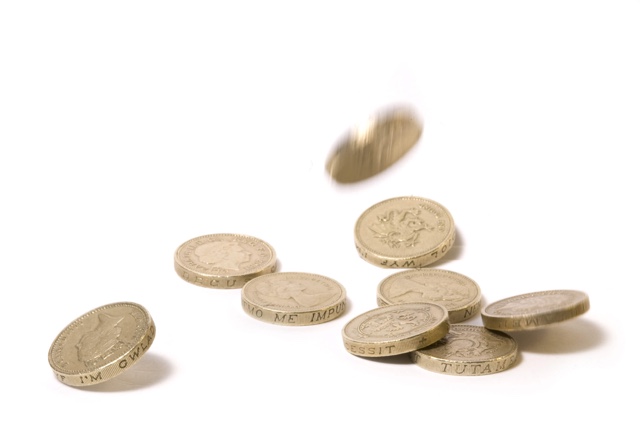 For a super-cheap SIM-only deal, there’s a variety of options costing less than £10 per month.

Three currently has the cheapest available SIM only deal from the UK’s mainstream mobile providers. For only £7 per month, you’ll get 200 minutes, unlimited text messages and 500MB of 4G internet. 500MB is about enough data for the typical iPhone user making this a really good deal providing you aren’t a huge talker (there’s only 200 minutes included every month).

Other key features on the tariff from Three include the Feel At Home offer where you’re able to use your iPhone abroad in 16 other countries at no extra charge (it includes the USA, Italy, France and Australia… Spain will also be added to the offer from April 2015). There’s also unlimited free calls to 0800 numbers and there’s a discounted rate of 5p/minute when calling 084 and 087 numbers. The tariff from Three has a twelve-month commitment.

Other popular deals for less than £10 per month include the £7.50 tariff from Tesco. It’s a 3G-only tariff but has 50 minutes more than the tariff from Three.

This is the most common price range and there will probably be a deal available for almost everyone here.

On a 12-month contract, the cheapest deals again come from Three. A good all-round package is the 600 minutes, unlimited texts and 1GB of high-speed 4G data for £10 per month. If you need a larger data allowance rather than talk-time, you could alternatively choose the £10 per month deal with 200 minutes, unlimited texts and 2GB of high-speed 4G internet. Both tariffs give you access to "Feel At Home" which comes on Three. No extra charges if you use your iPhone in 16 other countries plus free calls to 0800 numbers

For a shorter one-month rolling contract, look at the £12 deals from giffgaff. They call them goodybags. You can choose between 3G or high-speed 4G internet for £12 per month, and you’ll get 500 minutes of calls, unlimited texts and either 1GB of 4G or 3GB of 3G data. People who have 4G internet speeds tend to download more so 1GB might not be enough, so I’d opt for the 3GB of 3G data. Giffgaff is a low-cost network that uses the O2 network. So their signal is the same as the O2 network and if you have had an O2 iPhone in the past, you wont necessarily need it to be unlocked. Each giffgaff goodybag lasts for one month so you can change every month if you want to, for example if you need more texts or data.

For chatterboxes, the most generous calling allowance can be found on The People’s Operator, which runs on the EE network. For £14.99 per month, you’ll get unlimited calling, unlimited texting and 3GB of 3G internet. They donate 10% of the monthly bill (excluding VAT) to charity, so £1.25 is given to charity each month while you are on this deal.

When we get to £15 per month, there’s a big choice of deals from all the UK networks.

Most impressively maybe, Three UK has a £15 deal with all-you-can-eat unlimited 4G internet. There’s also 200 minutes of calls, unlimited texts and 4GB of personal hotspot included on the plan. As with the other tariffs also offered by Three, there’s unlimited calls to 0800 numbers and there’s "Feel At Home", which provides the ability to use your iPhone abroad (currently 16 countries) at no extra charge.

If you prefer calling rather than browsing, EE currently offers unlimited minutes, unlimited texts and 1GB of internet for £15.99 per month.

The following deals are available from £15 per month:

if you are paying £20 per month or more then you should be getting a lot for your money. Remember that you are not paying for a handset now, so at this level, most networks are offering unlimited phone calls, unlimited text messages and a lot of data.

The following SIM only deals are available for £25 per month and more:

The following SIM only deals are available for £30 per month and more:

You can find out more on the mobile operator’s websites. Prices do change so you are advised to check the latest prices on the networks’ websites before you sign up.

Don’t forget that you will most likely need to unlock your iPhone in order to get the best deals and use a cashback site to get it even cheaper!