Activity Monitor shows the processes that are running on your Mac, so you can manage them and see how they affect your Mac's activity and performance.

This article describes some of the commonly used features of Activity Monitor, a kind of task manager that allows you see how apps and other processes are affecting your your CPU, memory, energy, disk, and network usage. Open Activity Monitor from the Utilities folder of your Applications folder, or use Spotlight to find it.

The processes shown in Activity Monitor can be user apps, system apps used by macOS, or invisible background processes. Use the five category tabs at the top of the Activity Monitor window to see how processes are affecting your Mac in each category.

Add or remove columns in each of these panes by choosing View > Columns from the menu bar. The View menu also allows you to choose which processes are shown in each pane: 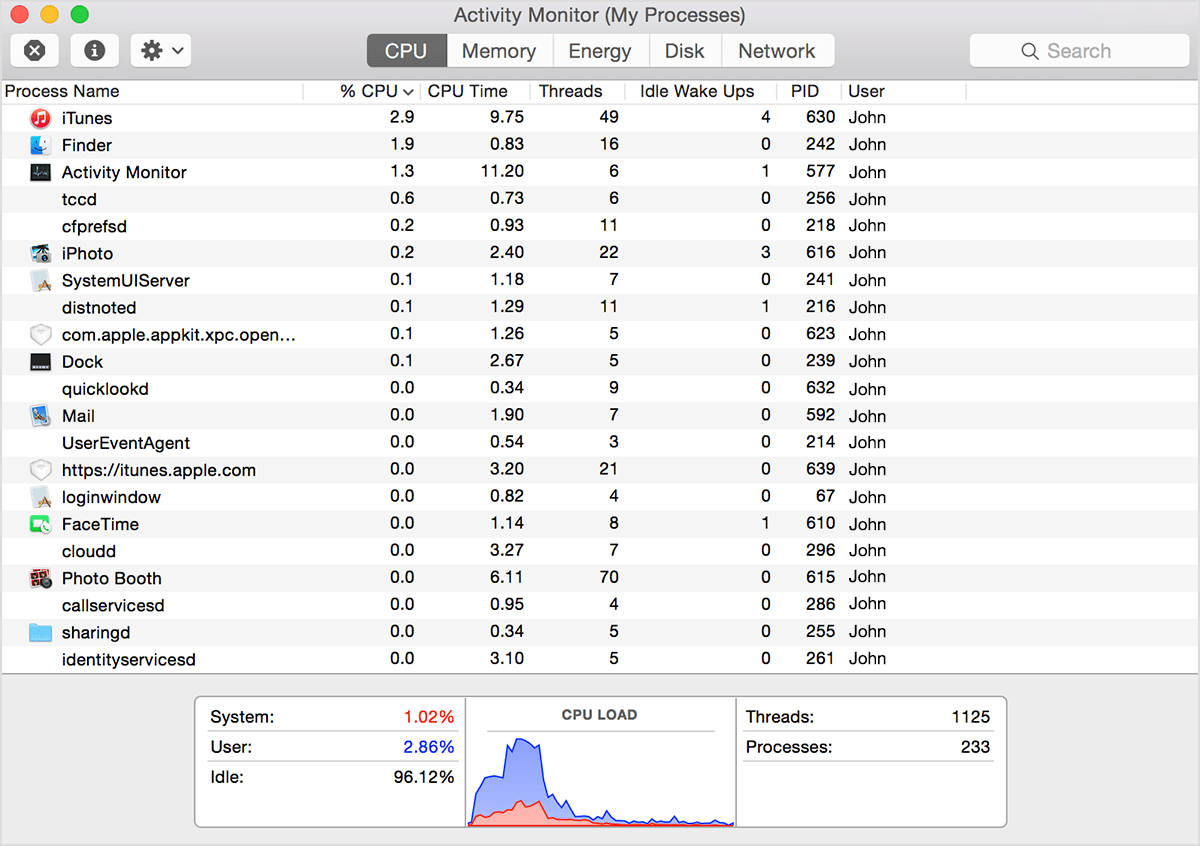 Click the top of the “% CPU” column to sort by the percentage of CPU capability used by each process. This information and the information in the Energy pane can help identify processes that are affecting Mac performance, battery runtime, temperature, and fan activity.

More information is available at the bottom of the CPU pane:

You can also see CPU usage in a separate window or in the Dock:

The Memory pane shows information about how memory is being used: 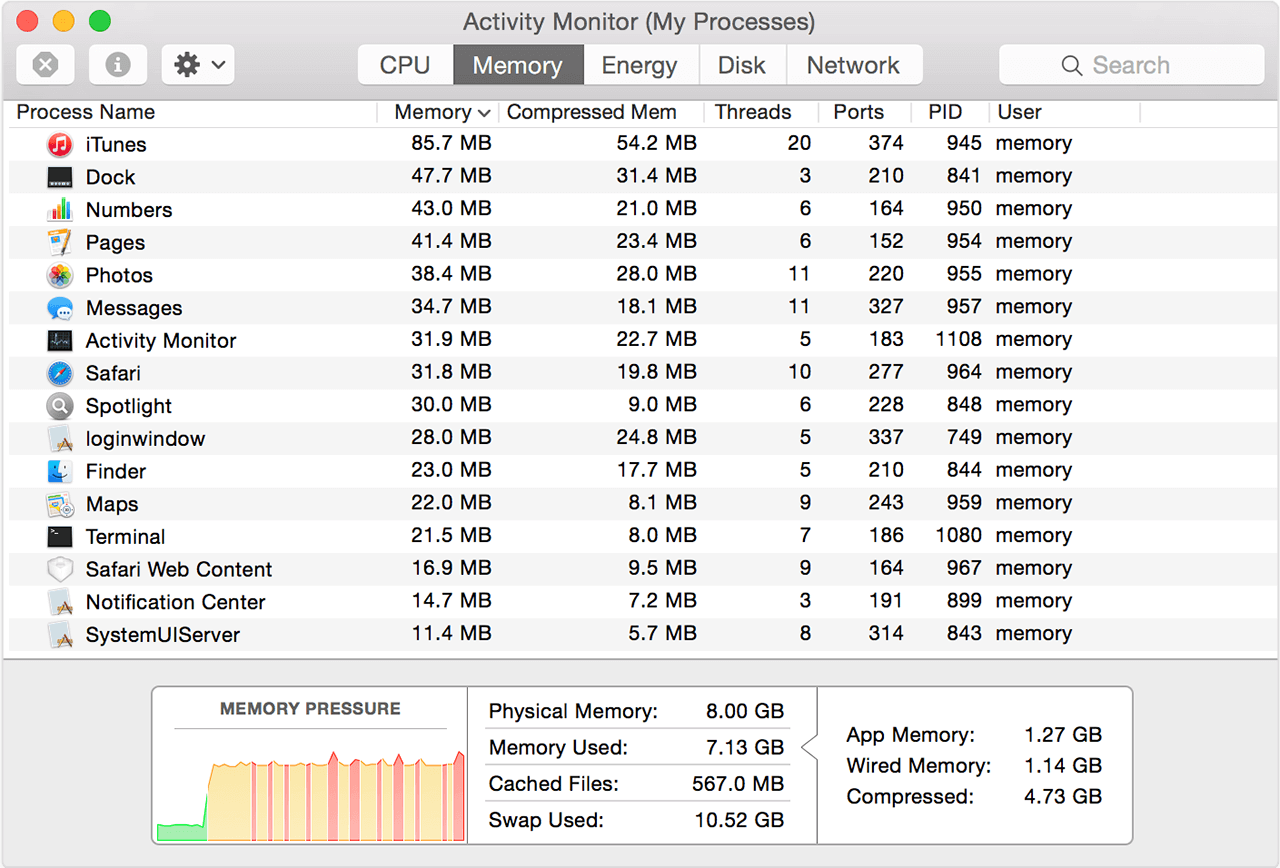 More information is available at the bottom of the Memory pane:

The Disk pane shows the amount of data that each process has read from your disk and written to your disk. It also shows “reads in” and “writes out” (IO), which is the number of times that your Mac accesses the disk to read and write data. 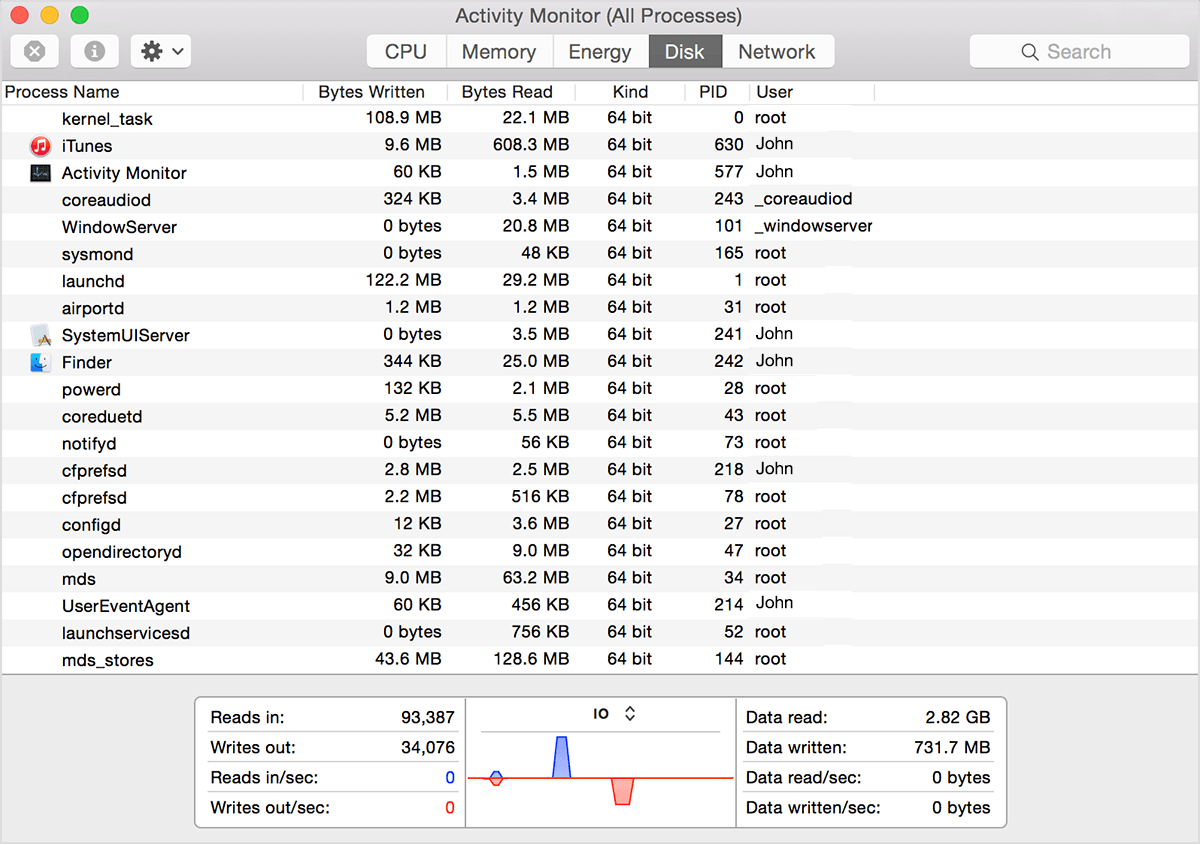 The information at the bottom of the Disk pane shows total disk activity across all processes. The graph moves from right to left and updates at the intervals set in View > Update Frequency. The graph also includes a pop-up menu to switch between showing IO or data as a unit of measurement. The colour blue shows either the number of reads per second or the amount of data read per second. The colour red shows either the number of writes out per second or the amount of data written per second. 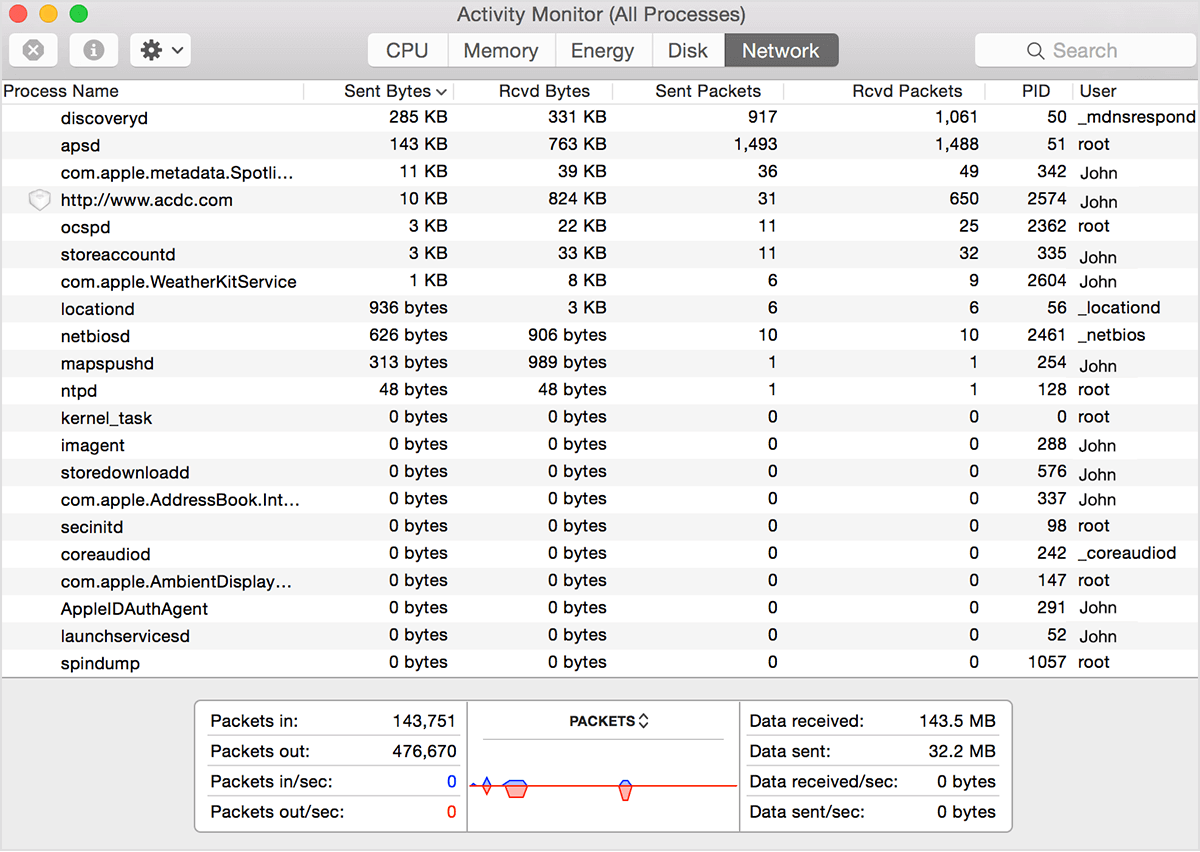